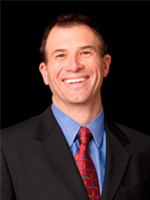 Dr. Keith Raskin is a well-recognized hand surgeon in New York City.  He is a Clinical Associate Professor of Orthopaedic Surgery and former Chief of Hand Surgery at New York University School of Medicine.
Dr. Raskin received his MD degree at The George Washington University School of Medicine.  He completed his internship in general surgery and residency in orthopaedic surgery at New York University School of Medicine.  He then continued his training in hand and upper extremity surgery under the guidance of the faculty at Johns Hopkins University at The Union Memorial Hospital in Baltimore Maryland,
Upon the completion of his training Dr. Raskin returned to New York City where he has continued his practice in hand surgery at the Medical Center of New York University.
He has an interest in carpal tunnel syndrome, fractures, arthritis, congenital anomalies, and vascular disorders of the hand, wrist and forearm.  His expertise also includes elbow injuries and disorders requiring surgical reconstruction.
Dr. Raskin is one of the few hand surgeons in the country today performing Needle Aponeurotomies for Dupuytrens Conditions of the Hand.
Dr. Raskin has successfully treated numerous professional and amateur athletes, musicians, artists, sculptors, actors and surgeons for potential career ending injuries and conditions. He has appeared on NBC, ABC, CBS, and CNN to discuss his opinion regarding the management of fractures, soft tissue injuries, and nerve conditions of the hand and upper extremity.
He has as been consistently recognized for his leadership work in his field with nominations to America’s Top Doctors, America’s Top Surgeons, The Best Doctors in New York, Top Doctors in New York Metro Area, and Who’s Who in America- Science and Medicine.
Dr. Raskin has over 150 local, national, and international presentations and over 50 publications on Hand and Upper Extremity Conditions.
He is an active member in a leadership role for the American Society for Surgery of the Hand and over 25 other professional organizations including the American College of Surgeons.   He has been invited to serve on several related editorial boards and question writing task force for both the orthopaedic and hand surgical board examinations.
Dr. Raskin holds two patents on related medical devices, presently used in the field of hand surgery. He is an avid golfer and has been named to the Top Doctor Golfers in America featured in Golf Digest.